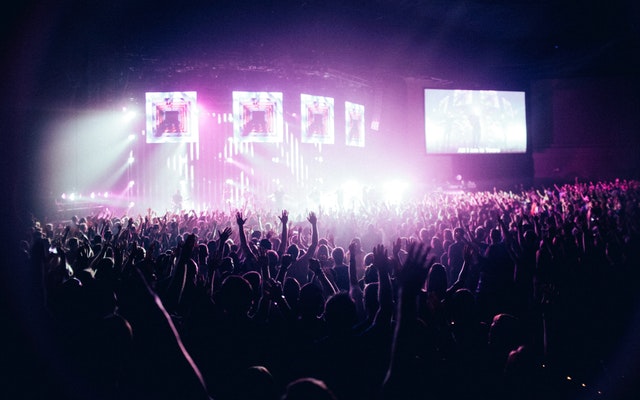 Hatsune Miku probably has the biggest fan base as a virtual figure.
Every single her concert is sold out in a matter of seconds, even if it is held in a large stadium.

If you haven’t heard about her, check this Youtube video that has tens of millions of views.

You get the idea.

A company called Crypton Future Media created this Vocaloid, a vocal synthesizer, in 2007. It has a set of vocal sources, or maybe I should say it is a set of vocal sound sources. It includes natural breaths to be inserted in between notes. The voice is modeled after a Japanese voice actress, Saki Fujita. It can sing, but is not configured to talk.

In Japan, people call a vocaloid “Bokaro (boh-car-row)”. Many teenagers and young people, especially boys, fell in love with the world of Bokaro. They would make a song and let a Bokaro sing it.

After it became popular, they released English and Chinese versions of sound sources. They have also extended the variety of voice from dark, vivid, soft to solid to match types of music.

But why has it become so popular?

I don’t think there is a 100% certain answer. But my guess is that it is partly because it gives you a virtual experience of creating your own music and having it sung by a professional singer. You are a virtual music composer in a way. Having Miku responds to your original music give them a kind of satisfaction they don’t get in the real world.

But then, some fans never compose any songs of their own. They watch her videos and collect figures. What they do is similar to what a Star Wars fan would do. Obviously, her anime look appeals to many young boys.

Also, like all the other anime characters, she is not real. Thus, she doesn’t hurt you. When boys are scared of getting into real relationships, these characters give them comfort.

In order to understand this phenomenon,  I’d like to refer to “Otaku” people. Otaku translates as geeks or nerds in English. But it means a person who is very into anime, manga, video games or any other virtual media to the detriment of their social skills. This term was created in 1970s after Japan went through high-growth period resulting in most people having spare money to spend on their hobbies. Majority of the household became nuclear families; dad worked overtime every day and came home after everyone went to bed, mom stayed home and took care of children, children studied to pass entrance exams to high schools and universities. Houses and buildings covered the city landscape and there were not many place for kids to play outside.

I think that led to some boys turning into Otaku. (There are girl’s version of Otaku, but I’ll write about it some other time.)

Hatsune Miku fans are the same types of people. Some of them might not have good social skills or they are afraid of real relationships. But they have creativity and they found a way to express it through Hatsune Miku.