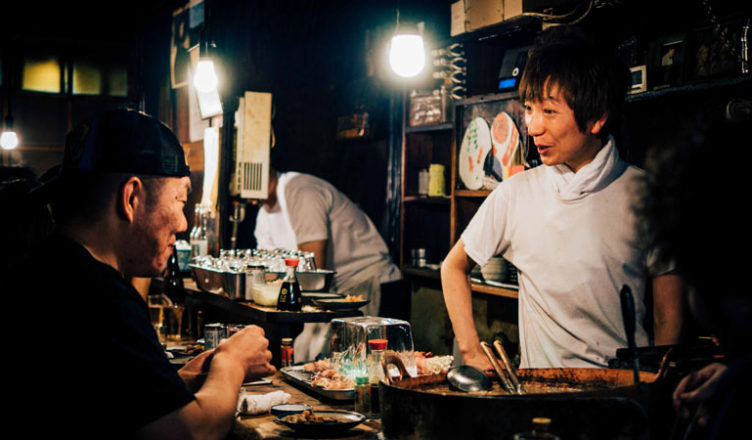 Why does Mr.Miyagi say “Daniel san” in Karate Kid?  What is the meaning of san?
Ever wondered why Japanese people address people with san after their name? This is probably one of the most frequently asked questions I get about Japan from tourists and friends alike. You may be already using san to address your Japanese counterpart just because it seems polite to follow their way. But why do Japanese always say san? What does san mean?

San is one of many honorific titles in Japanese. It is the most common one and it is used not only when addressing someone, but also when talking about someone who is not present. For example, imagine you are at your office with your colleague talking about sending email to your client, Mr.Suzuki. You would say “I am going to send an email to Suzuki-san.” When you are not close to that person and want to pay respect to the person, it is safe if you add “san” after their family name.

The tricky part is that it is not equivalent to Mr. It is gender neutral and it can be used to your equals. You even use it to call or refer to your female classmates even at elementary school age, unless you are very close to that person.

Sometimes it is used for company names, too. For example, when you are talking about your client company, you would add “san” after their company name. e.g. Microsoft-san, Apple-san. It may sound funny, but we feel it is rude not to add some honorific to our valued business partners.

The other thing to remember is that when it is used for your first name, that can mean the person feels close to you, but is not comfortable calling you just by the name without “san”. It is not common for Japanese to address people just by their first name without any honorific title unless they are your own child or your very best friend. Most of my friends call me “Tomoko-san” for this reason.

What about other honorific titles? Maybe you’ve heard a Japanese mom calling their kid’s name with “chan” attached after their name. e.g. Miku-chan. “Chan” is used either for children or for female friends. It doesn’t imply respect, thus it is not “honorific”, but it is classified as a honorific in Japanese.

For male classmates, you would use “kun”. Sometimes your boss would address you with  your family name  plus kun. It is used by superior to inferior or among equals.

They also use the term “Okyaku-sama” to refer to customers , guests and passengers in general.  Kyaku means guests. Adding the honorific prefix “o” at the beginning adds more respect.

Coming back to Karate Kid. There was a character called “sensei”. In kids’ animation “LEGO Ninjago”, there is a character called “Sensei Wu”. What does “sensei” mean?
Direct translation of sensei is a teacher. Just like you call your teachers at school with Mr. or Ms., you add “sensei” after the family name of the teacher at schools in Japan. e.g. Toyota-sensei.

Sensei is also used for people who are not teachers: Politicians, lawyers and medical doctors.

There are several other honorific titles in Japanese. Senpai is used to address your superiors. Dono is used in business documents and letters. Shacho is for a CEO or president and bucho is for a department head.

Confused…?
Just Use “san”.  It conveys respect and it is always correct to use it regardless of your position in relationships. Well, maybe not for little children (chan is more natural in that case), but in most cases, you’ll be fine with using san.